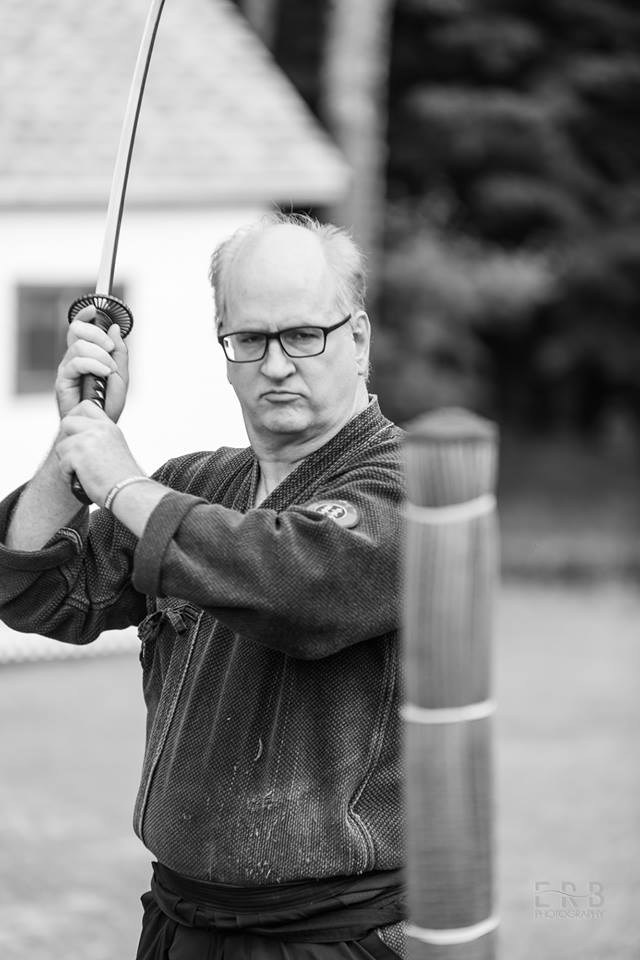 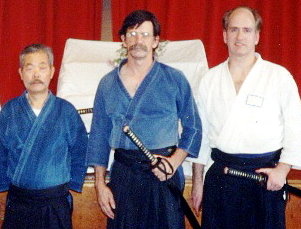 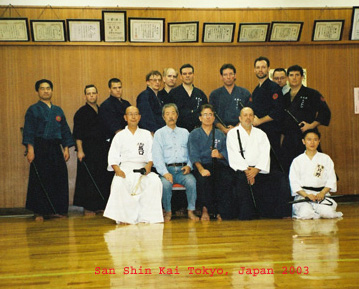 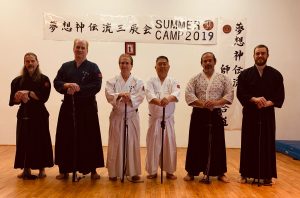 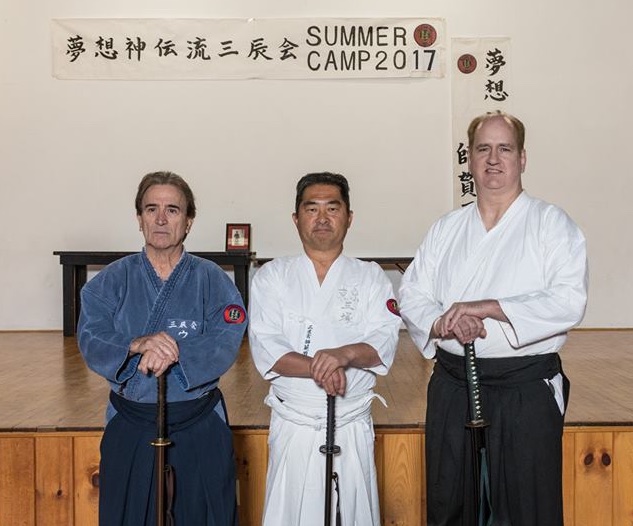 My interest in martial arts came gradually and haphazardly.  I grew up in a family of competitive swimmers. Beginning at seven and continuing through high school, my life included training 2-5 hours of swimming daily. This tended to make my interest in adding more physical activity, not a priority. In college, I enjoyed training in karate as my first formal introduction to Japanese martial arts. After college, that training came to an end as I moved to Boston for graduate school. My science career was the priority though I did keep active with cycling and windsurfing when possible.

It wasn’t till 1992 that I really found myself looking for something to occupy my free time after moving to Charlottesville for a postdoctoral fellowship in neuroscience at the University of Virginia.  I saw an article in the local newspaper about a local aikido school. I had become slightly aware of aikido a few years earlier while attending a summer intensive at the Santa Fe Institute. This newspaper article was the beginning of my love affair with aikido that has lasted for 25 years. I began training at Blue Ridge Ki Aikido in January 1993 under Jonathan Doner Sensei who was then a senior black belt student of George Simcox Shihan, chief instructor of Virginia Ki Society. Within a few years, I was teaching beginning aikido classes including a course at the University of Virginia. After years of daily training and a successful 2-hour test for a 1st-degree black belt (preceded by over 3 months of intensive preparation) under Simcox Shihan, I left for Houston in mid-1999. I have many fond memories of that time and friends that I will always cherish.

When I began aikido in Virginia, there was a gentleman, Brian Kelley (kelleyki.com), that was teaching a class using very realistic Japanese style metal swords twice a week. I would sometimes watch what they were doing after the aikido class and I  learned that it was called iaido. I came to know Brian well as he was my senior (sempai) in the aikido classes. After a year, for reasons which I’ve long forgotten, I joined Brian’s iaido classes. I vaguely recall a period of internal debate because aikido and iaido superficially seemed to be in conflict philosophically. (Kelley Sensei began his training in Iaido in 1980 with Mitsuzuka Sensei who was then doing seminars at the New England Aikikai.) This was a happy and intense training time in my life when I was just a student soaking up what I could.

After moving to Houston, I met many great people in the local Aikido community. In 2000, I founded Houston Ki Aikido. For the first decade of HKA, I was the sole teacher at HKA and successfully guided many students to the black belt level. HKA has since then continued to fulfill the mission of bringing Aikido and Unified-Mind-Body training to the Houston area. I continued my personal training in Iaido establishing a personal relationship with Roger Wehrhahn Shihan and escaping Houston every August to attend San Shin Kai summer camps.

In 2000, at summer camp, I trained under Mitsuzuka Sensei and passed the Shodan exam (1st-degree black belt). All other ranks I received after that up until his passing away in 2008 were videotaped and sent to him for final review and approval. In 2002, after repeated requests from another aikido teacher in Houston, I started conducting a weekly Iaido class. In 2003, I traveled to Japan to train with Mitsuzuka Sensei and his senior students (8th-degree black belts) at San Shin Kai headquarters in Saitama Prefecture. This was the beginnings of Houston San Shin Kai. Over the next few years, it became clear as the group grew that a stable location was needed. Our group practiced for many years at the Hope Stone Dance school but then moved to our current location at Nia Moves.

In Texas, I am the only approved instructor for the San Shin Kai founded by Mitsuzuka Sensei who was a student of Nakayama Hakudo Sensei (influential and famous swordsman of the first half of the 20th century, 10th dan in Iaido, Jodo, and Kendo, master student of both major branches of Eishin Ryu, Shimomura-ha and Tanimura-ha) and after Hakudo Sensei’s death, then his senior students including Danzaki Tomoaki Sensei (Muso Shinden Ryu Iaido: Menkyo Kaiden, ZNKR: Kendo-7th, dan, Hanshi/Iaido-10th Dan, Hanshi). Chief instructor of North American San Shin Kai, Wehrhahn Shihan, has traveled for many years from the East Coast to give seminars in Houston. Many students have progressed through black belt ranks as time flys by.

I believe what I can offer you is experienced, patient, and knowledgeable instruction. What you do with that is up to you. I have benefitted from training under and with some excellent teachers and talented martial artists who themselves come from a line of excellent teachers and talented martial artists. Sometimes, I have had to travel quite far for this experience at great expense and continue to do so. One of the most important things I have seen in the best is to be always learning and working on oneself. I was very fortunate that my initial teachers held to this approach and ever since I have been very conscious to learn from teachers who are themselves a moving target and always working to improve. That is my aim as well.

Through the years, I’ve gotten out of my comfort zone and cross-trained in various martial arts (eg. judo, kendo, karate, Daito-Ryu, Jodo, Long Fist Kung Fu, Cheng Man-Ch’ing Tai Chi Chuan, Systema, etc.) and had the opportunity to experience many other styles of aikido and to review other styles of koryu sword arts. I continue to be a student myself and am actively training in Yangjia Michuan Tai Chi Chuan with Greg Illich and traveling to participate in Sangenkai seminars with Dan Harden to better understand the fundamentals of internal martial arts and how they might apply to martial arts with or without weapons. This gives me a diverse perspective as a teacher about the various challenges confronting a student.